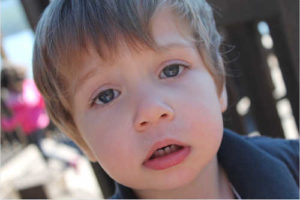 There is no quick fix or on/of switch. It isn’t something that will just suddenly and conveniently disappear.

Having travel sickness is like being attacked. You become almost paralysed because of the overload of information that the brain is trying to cope with. It becomes too much and the brain tries to ‘crash’ like a computer. I would also describe it as being ‘half killed’ and, very often, it isn’t obvious to observers.

You just want to be still and quiet

That over powering nauseous feeling just makes you want to hide in some place where you can be just not moving along. You want to rest and allow your brain to catch up from where you started to being where you are now.

It’s worse for a child

You don’t want to take part in any activity or eat anything. When you do eat, the food or drink can have a strange taste. This is because the brain has had so many conflicting and jumbled messages that it struggles to make basic sense of anything. It’s always made worse when you see others being unaffected and you have to ask ’why me?’.

So when you see some one, child or adult, who is clearly suffering from motion sickness this is what’s happening.

How can the Travel Visor help?

For an adult, the Travel Visor is a viable option and I recommend it having designed and wear it myself. Being an adult my development is as complete as it’s going to be so wearing the visor has no issues.

For a child we have to consider this

The current Gamlin Travel Visor model is a one-size-fits-all device and relies on binocular vision to achieve the desired result. It is set to the average interpupillary distance for the average adult, which is approximately 63mm between the centres of a pair of eyes.

The interpupillary distance of a child is going to be less which means that the Travel Visor, as presented, may be too big and won’t have the immediately desired effect. If you allow a young child to wear it then you need to monitor the, hopefully, progress and proceed accordingly.

This doesn’t mean that a young child wouldn’t benefit from wearing the Visor. It’s worth trying and seeing if there is a positive effect especially if you’ve tried everything else and nothing has worked.

At the age of twelve-plus the Visor should work well

If it doesn’t work for a young child then remember the saying of he or she ‘growing into it’. From the research that I’ve done it seems that when a child reaches the age of twelve, the interpupillary distance is unlikely to develop further. So at this point it seems reasonable to assume that there should be a sustained positive effect from wearing the Travel Visor.

I can only say that I wish I had the Travel Visor when I was a child. Suffering from travel sickness was a huge burden on top of all the complications that come with growing up.

There were awkward times when people around me had expectations of me which I couldn’t deliver on because my mind was messed up. Very often observers had no idea of the problem because they didn’t suffer from the problem themselves. They would, however, make judgements on an individual who exhibited short comings in total ignorance of the true situation.

I often wonder how things would have worked out for me if only I had access to the power of the Travel Visor.

If you know anyone who suffers from travel sickness, please share.

Comments are closed, but trackbacks and pingbacks are open.

Do you know someone who suffers from travel sickness?

Well, please do them a favour and tell them about the Travel Visor.

Keep a Visor in the car!

Get a Travel Visor now!